NHTSA Gets Real on Tire Fatalities

Safety Fact: 733 is the total motor vehicle traffic fatalities in 2016 in which a contributing factor was tire malfunction. Safety Fiction: On average, 200 people die each year in tire-related crashes. The National Highway Traffic Safety Administration happens to be the purveyors of both tidbits, and the discrepancy is not just a matter of […]

About three weeks ago, FCA sent out a Customer Satisfaction Notification, alerting dealers “to enable” the AutoPark feature on 192,400 Model Year 2014-2016 Dodge Durango with rotary-style shifters. This follows a May campaign to “enable” the feature on in 281,790 RAM 1500 Pickup, Dodge Durango, and Chrysler 300 vehicles – all from the 2017 model […]

The Persistence of Rollaway

In the last three months, two auto manufacturers recalled more than a million vehicles with defects that can cause a failure to lock the vehicle in Park, allowing it to roll away. Last week, Ford recalled more than 504,000 2013-2014 Escape and 2014-2016 Fusion vehicles over deteriorated bushings that could detach from the transmission shifter […]

Reflections of a Product Defect

Heidi King is probably going to be the 16th administrator for the National Highway Traffic Safety Administration. But this week, the agency’s current deputy administrator took some heat from the U.S. Senate Commerce, Science and Transportation Committee at her confirmation hearing over a variety of unresolved safety issues – including keyless ignition. Under intense questioning […]

If one listened closely in the Sonesta Hilton Head Resort meeting room at the 2018 Clemson Global Tire Conference, one could hear the strains of Kumbaya, as the Tire Industry Association and the U.S. Tire Manufacturers Association announced a new alliance to address the longstanding problems of the tire recall system. They didn’t announce much […]

It was a tough hunting season in New York State last fall – at least four hunters died in falls from treestands, according to the New York State Department of Environmental Conservation. The North Carolina Wildlife Commission tallied three deaths from tree stand falls in the 2016-2017 hunting season. On the last day of 2017, […]

In 2011, when the National Highway Traffic Safety Administration was considering countermeasures to the carbon monoxide hazard introduced by keyless ignition systems, it flat out rejected the idea of an automatic engine shut-off.  The agency argued that there was no good way to come up with a rule that would include a set time for […]

In October 2014, Keith and Tammie Jo Smith took a two-hour car ride from Pine Bluff, Arkansas to their home in Bastrop, Louisiana. According to a complaint filed in U.S. District Court, in Monroe Louisiana, as he exited his 2008 Chevrolet Suburban, Keith Smith put his hands on the driver’s seat and noticed that it […] 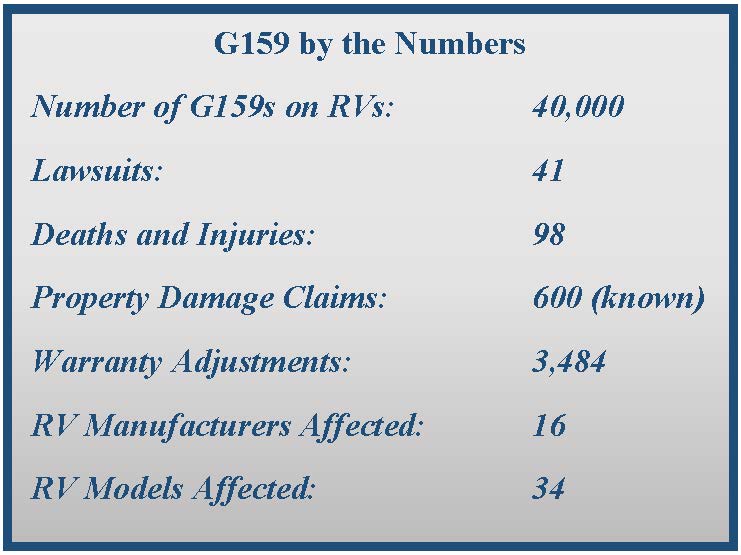 Is Goodyear Headed for NHTSA Sanctions?

Six years after Goodyear’s efforts to conceal the defects of its G159 truck tire enraged a U.S. District Court judge, NHTSA appears ready to take its own bite out of the tiremaker’s hide. To close out 2017, the agency opened a Preliminary Evaluation into the field performance of the tire, based on claim and complaint […]