How Do You Stop a Toyota Hybrid? Myth V. Fact 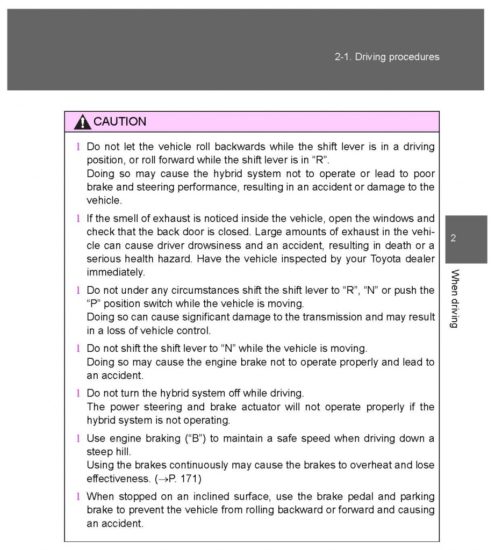 California Prius owner James Sikes’ wild ride down a San Diego highway has been endlessly dissected. In one week, an army of investigators have uncovered and publicized every salacious and damning detail of the man’s existence here on earth. This sideshow, however, like other distractions in the rapidly evolving Toyota sudden unintended acceleration problem, has buried a much more important question: How do you stop a Toyota hybrid?

Toyota itself can’t decide. On the one hand, in a press release, entitled Toyota Prius Vehicle Throttle and Brake Systems: Myth VS. Fact, Toyota tells drivers:

“Myth: In the event you encounter a runaway vehicle, the first thing you should do is to turn off the ignition.

Although turning off the ignition is a possible course of action, the first thing a driver should do is to put the transmission in Neutral. This separates the driveline from the wheels, and gives the driver instant speed control over the vehicle, and allows the driver time to assess what is happening. This also allows continued use of the power steering and brake systems for an easier stopping operation. Pressing the start/stop button to turn off the ignition can be done as a next step. This will shut down power assist to the brakes and steering system – reducing their performance, but the driver can still brake and steer the vehicle manually in this condition. The steering column on Prius will not lock up when the ignition is turned off while the vehicle is moving – allowing the driver steering control. Traditional key type ignitions systems can be turned off while the vehicle is moving without locking the steering column – as long as the key is left in the ignition. Removal of the key may result in a locked steering column, and hamper driver steering control. After placing the transmission in Neutral, and the vehicle is brought to a stop at the side of the road, the final step should be to turn of the ignition.”

Fact: in the Prius owner’s manual, Toyota says the opposite.

“Do not under any circumstances shift the shift lever to “R”, “N” or push the “P” position switch while the vehicle is moving. Doing so can cause significant damage to the transmission and may result in a loss of vehicle control.

Do not shift the shift lever to “N” while the vehicle is moving. Doing so may cause the engine brake not to operate properly and lead to an accident.

Twelve pages later, the manual allows that it’s okay to depress the power button for three seconds in an emergency. (Of course, it would be difficult to determine what these emergency situations might be, since Toyota maintains that its vehicles always operate as designed.)

Myth: “The brake system on each Toyota model is capable of overpowering the driveline to stop the vehicle – even with the throttle in a wide-open condition,” Toyota says. Apply firm, steady pressure on the brake pedal – use two feet if needed, to bring the vehicle to a halt.”

Fact: This doesn’t always work. Elizabeth James of Eagle, Colorado flipped her 2005 Prius after it raced out of control on Interstate 70 at 90 miles per hour.  James’ attempt to apply the brake and the emergency brake, while looking for a safe place to crash her vehicle, did not stop the vehicle. She eventually steered her runaway Prius through the woods, hit a shed, and landed in a river. She still suffers long-term injuries to her legs and back and stomach as a result of the crash.

Myth: Toyota is concerned about understanding and resolving this problem and helping its customers.

Fact: Toyota is spending far more time insinuating its most aggrieved customers liars or mentally deficient. After James attempted to recoup $15,000 in medical costs from Toyota, she received a letter from the company blaming the incident on excessive brake wear: “We are sure she believes that her vehicle accelerated on its own; but our inspection of her vehicle did not reveal any evidence to support her allegations.”

It is certainly difficult to discern the myth from the facts, when Toyota starts talking.