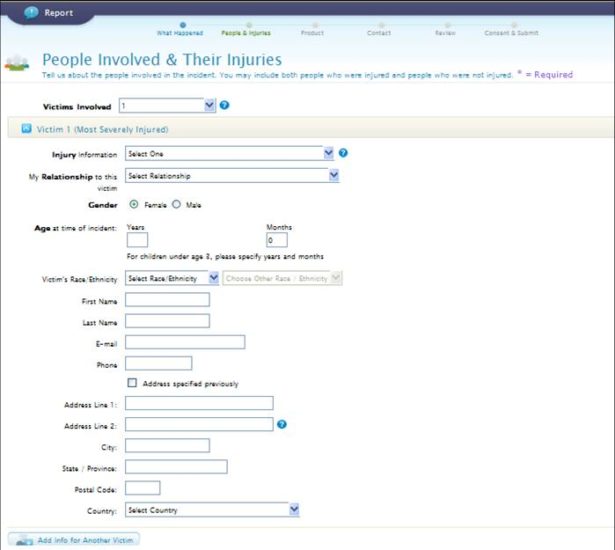 Just before Thanksgiving, a majority of the U.S. Consumer Product Safety Commission gave consumers an early holiday present, approving a Final Rule that will establish a publicly accessible consumer product safety complaint database. For the first time since the commission was created, manufacturers will no longer control the flow of information about their products. By spring, consumers will be able to report their own complaints and research others via a web interface.

“Today’s vote represents a major victory for consumers and supporters of open government because it will provide the public access to critical product safety information that, due to statutory restrictions on the open flow of information, the CPSC was previously required to keep behind closed doors until it had been cleared with manufacturers,” the majority wrote in a joint statement.

The database will contain reports of harm; manufacturer comments on those reports; recall information and any additional information the commission feels is in the public interest.

The reporting mechanism is open to just about any member of the public who would have knowledge of an alleged product-based injury or death – including health professionals, lawyers, public safety officials and child care providers. A mock-up of the reporting scenario, which the CPSC has presented in the past, asks the submitter for information about the harm, the product and the victim. It also asks for contact information, a description and date of the incident, the category of submitter and the type of incident.

Incomplete incident reports will not make it into the public database, including those that do not contain an identifiable consumer product, manufacturer or private labeler, a description of the harm; intrusive photographs; medical records without consent; and reports by minors without a parent or guardian’s consent.

Click on the image below to see a larger version of a mock-up of the reporting form.

Manufacturers still have some recourse to correct and respond to reports or shield certain information from public view. Manufacturers may request and the commission may grant confidential treatment for portions of a report. The commission is also obligated to pull or correct materially inaccurate and delete duplicative reports within 7 business days of determining an inaccuracy.

Nord and Northup had tried and failed to amend the final rule at the eleventh hour to narrow who could report and to enforce more controls on accuracy. Upon passage, Nord expressed her disappointment:

“I voted against the final rule on the public database because it is so flawed that it is both contrary to the statute and to good public policy. Congress directed that the database be established but, presumably, expected that we would use both good sense and practicality in carrying out its mandate. We have used neither. Further, the rule adopted today is another example of poorly conceived and excessive regulation that, sadly, has become the norm at the CPSC over the past months.”

Manufacturers likewise have been railing against the database, painting it as an apocalyptic event in the lives of their businesses. In public hearings, various industry representatives described it as a breeding ground for lawsuits, based on wild inaccuracies. Much of the hand-wringing is, no doubt, rooted in inexperience. The National Highway Traffic Safety Administration fields between 30,000-50,000 complaints from consumers each year, which are entered into a public database. To date, no automobile manufacturer has been brought down by consumer access to product complaints.

Their predictions don’t seem to take into account that any number of consumer products-rating websites and opportunities to read unfiltered customer reviews on a wide range of products sold through many Internet retailers already exist. The CPSC  searchable database will likely provide another piece of information on a product for that fraction of consumers who educate themselves before buying. For safety advocates and public health officials, it will be a valuable surveillance tool to detect design and manufacturing flaws that result in harm. The transparency will hold both the commission and manufacturers accountable for ensuring that their products can be safely used and taking action when they cannot.

In the coming months, the CPSC will begin its outreach to the public and manufacturers, holding workshops and training webinars for the latter on the business portal registration and other features. The commission will also enable the comments section, the new incident form, and the new internal technology for processing incident reports.

The database is scheduled to debut March 11.