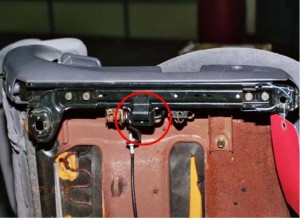 MOBILE, ALABAMA – After settling a seat-track and airbag defects case against DaimlerChrysler and Mitsubishi, attorney Patrick M. Ardis says he will pursue a fraud investigation against the Japanese automaker.

Ardis, of Wolff Ardis, P.C. of Memphis, Tennessee, alleges that Mitsubishi deliberately concealed that it had changed the design of the seat tracks in 1995-2000 Chrysler Sebring and Dodge Avenger coupes, the 1995-1999 Mitsubishi Eclipse, and the 1995-1998 Eagle Talon vehicles to fix a flaw that prevented the front passenger seat from locking into place. Ardis and his co-counsel Richard Taylor discovered the alleged fraud on the eve of trial, when one of their expert witnesses, Don Phillips, stumbled onto evidence that the seat tracks in the 1998 and 1999 model years lacked the seat adjuster part, known as the trigger, that was part of the 1996 track assembly. END_OF_DOCUMENT_TOKEN_TO_BE_REPLACED